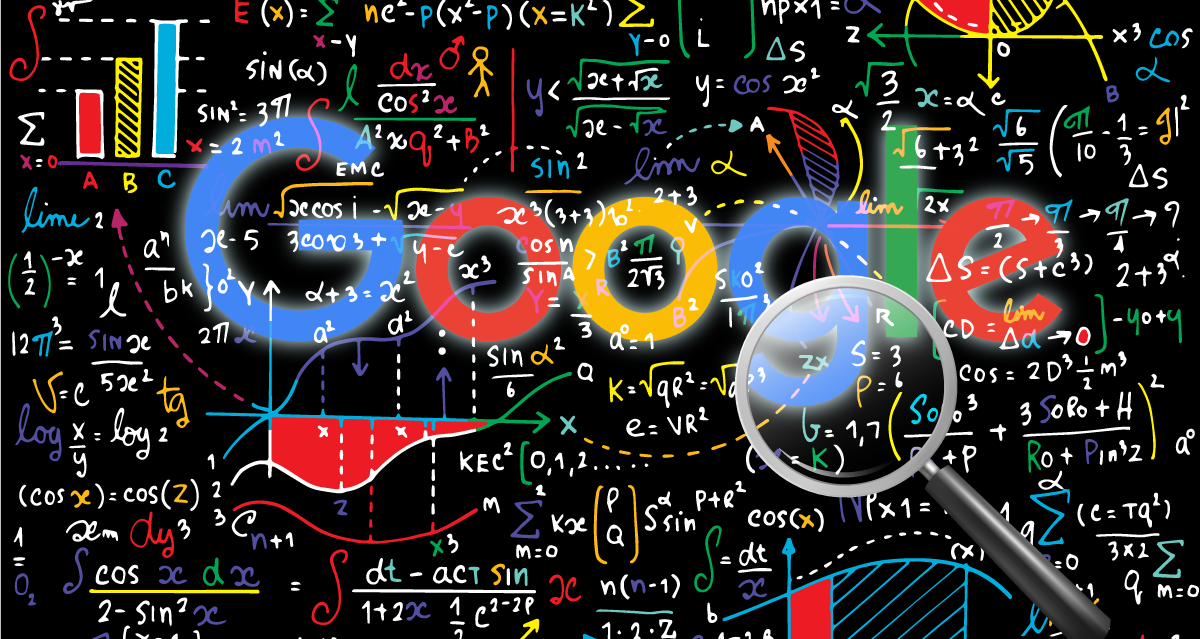 Several SEOs throughout the industry suspect that Google dropped a secret algorithm update last weekend. Why, you ask? Well, several SEO blogs and websites reported wild fluctuations in rankings across the entirety of Google from February 7th to February 9th. However, before we break down what the major SEO companies reported over the weekend, we should start things off with a rather significant caveat:

Google tells us when they make a major change to their search algorithm through what they call Broad Core Updates. However, Google also regularly makes smaller changes to the search algorithm, as well. So, when we say “did Google drop a secret update,” we’re not saying that Google kept what is normally public information out of the general public’s hands. Instead, we’re saying that this particular smaller update seems to have made a bigger change than other ones in the past.

So, with that slightly over-the-top caveat out of the way, let’s talk about what some of the biggest SEO agencies in the business reported regarding fluctuations across Google last weekend.

Did Google Drop A Secret Algorithm Update? – Here’s What The Big SEO Firms Have To Say

When we say the “big SEO firms,” we’re specifically referring to Moz, SEMRush, and Advanced Web Rankings. So, now that you know who we here at Goldstein Brossard consider the biggest names in the industry let’s break down the fluctuation reports they gave just under a week ago:

First up in our reports comes directly from Moz, one of the most influential SEO companies in the world. Over at Moz, they report fluctuations across Google through a system they call “Mozcast.”

With Mozcast, Moz uses a weather analogy to help make things easier to digest for the average visitor. So, the hotter and stormier the weather on Mozcast, the more Google rankings fluctuated at that particular time.

Over the weekend, Mozcast reported a 116-degree thunderstorm on Friday, February 7th. The weather didn’t let up on Saturday, either, as they indicated 115-degree storms that day as well. Here’s a screenshot taken from the Mozcast system on those days:

SEMRush reports fluctuations differently than Moz does. They use a scale of one to ten, which makes things a little easier to understand.

On February 7th, they reported a 5.6, which means that volatility was high. By the 9th, however, that 5.6 score increased by 3.7 points to a whopping 9.3, which shows very high volatility. After the 9th, however, things started to calm down. Here’s a screenshot from the SEMRush website that shows what we’re talking about: 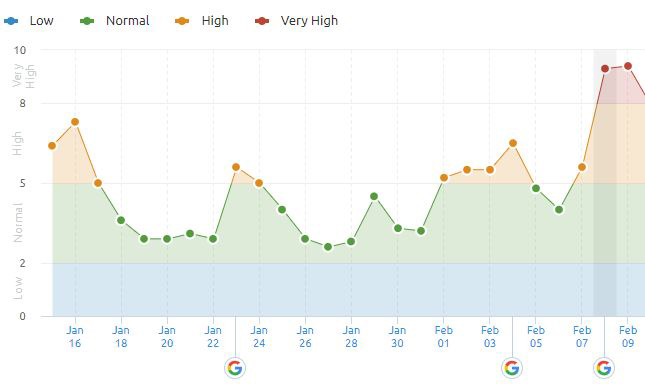 We Saw Fluctuations As Well

The SEO professionals here at Goldstein Brossard also reported a decent amount of fluctuation across our client’s website rankings this weekend. However, we do not have access to as many data points as agencies like Moz or SEMRush, so take our data with a small grain of salt. We saw sudden jumps from low ranking pages to page one and even rank one across several websites laSt weekend. Here’s a screenshot of our fluctuations: 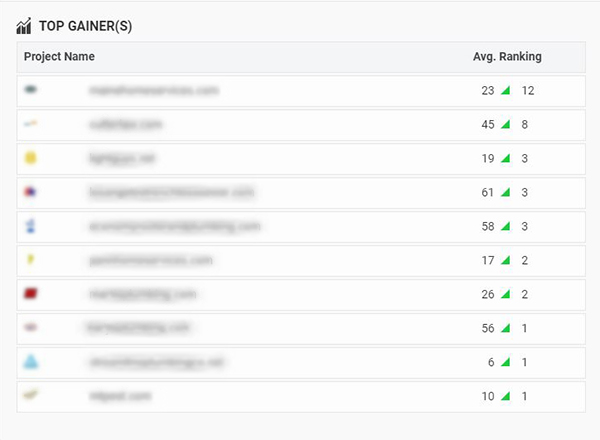 Did Google drop a secret algorithm update? Much of the data collected from last weekend seems to correlate to one. However, that’s just an observational correlation. Until we get an unlikely confirmation from Google itself, we have to assume that fluctuations in rank are nothing more than, well, natural volatility. The algorithm is so complicated that no one person at Google even knows exactly how it works, and they don’t feel the need to share their smaller changes and updates with the general public.

So, in short, even if Google did drop a secret algorithm update over the weekend, there isn’t much anyone can do about it. We should all just continue operating under the clearly-defined Google Webmaster Guidelines while creating unique and relevant content. After all, if Google told us anything, then rankings wouldn’t mean anything anymore! So, even if your site took a hit this last weekend, don’t fret. It’s normal, and nothing to overly worry about.

Still worried about your business’ online marketing and overall search performance? Well, then why not contact us here at Goldstein Brossard? Our SEO professionals are always standing by to give you a helping hand. Contact us to get started with a web marketing expert today!

Get A Free Web Marketing Analysis
Awesome team of professionals. I highly recommend Tony and his team for Content, SEO and Website related expertise.
Connect with us!

How To Market Your Essential Business

How To Write Engaging Meta Titles And Meta Descriptions

Is It Time To Update Your Website?
Could Your Company Benefit From Review Marketing?
Fill Out the Form for a Free Analysis
Contact Us
Call (408) 625-7360 or fill out this form today to receive a free analysis